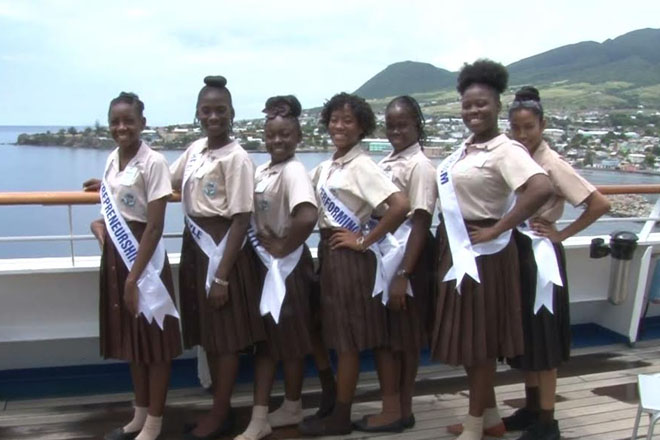 (ZIZ News) — On Wednesday the contestants of the upcoming Miss Basseterre High Pageant were granted a tour of the Carnival Conquest cruise ship docked at Port Zante.

The 7 contestants were accompanied by teacher and pageant coordinator Jennifer Belle who said the tour was a reward for the girls’ hard work.

“This tour is just a reward for the young ladies for their volunteerism and their hard work taking part in the pageant this year in order to help raise some funds for the school,” she said.

Belle says the show will maintain the high standard patrons have grown accustomed to, stating, “The ladies have been preparing from since December so they have had a lot of time to prepare. I know they have been practicing hard and I know the standard is going to be as high as usual. We have always set a high standard at Basseterre High and we expect nothing less.”