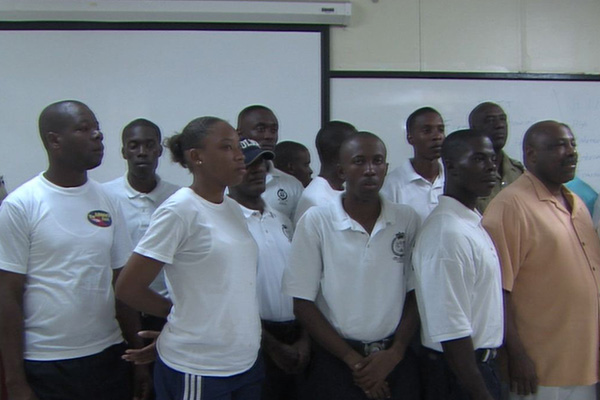 The officers went through several aspects of bicycle patrol such as simulated mount and dismount, time trials and track stand, which is an exercise in balancing and long distance riding as well as simulated foot patrol.

Commissioner Celvin Walwyn, who attended the closing ceremony, says the new police administration believes in training and has demonstrated this by partnering with various international partners.

The commissioner, in commenting on international assistance says the Houston Sheriff’s Academy has been particularly generous.

He says the police force has forged an acknowledged partnership with Houston.

Commissioner Walwyn disclosed that more officers in the Royal St Christopher and Nevis Police Force will be undergoing training in January of next year, this time in tactical manoeuvres.