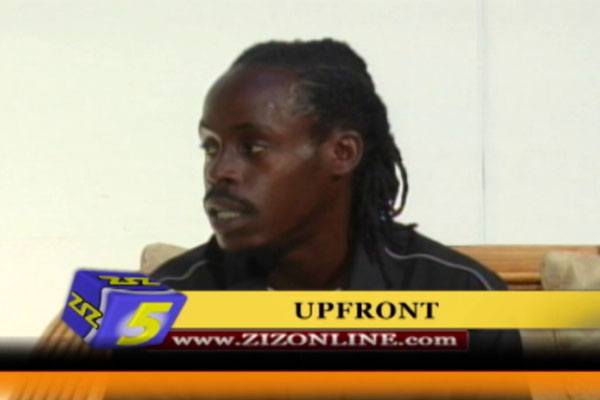 (ZIZ News) – The community festival, Black San Bang-A-Lang, officially got underway on Friday evening and will run until April 12th.

Earlier this week, two representatives of the organising committee stopped by ZIZ’s studio to invite the public to this weekend’s activities.

Committee Chairman, Amos Francis said, “We are confident that we ready to stage the festival and the festival starts this week Friday, 27th March with “Proper Fix Up” and after that, we go into Saturday 28th March which is Tractorcade. After that is the big, big LIME Ms Black San Swimsuit Pageant so that is what we have on we lil line-up for this weekend.”

Meantime, Coordinator of the LIME Ms. Black San Swimsuit Pageant, Treasa Wyatt said she was excited about the competition. According to Wyatt, this year’s contestants are capable of putting on a fantastic show.

“If you have been following the pageant, you would realise that we’re always out there. We’re always on Facebook, we’re always out there and we’re good. We are ready. The girls are ready. They already sent in their information so we know that they’re working hard and I have confidence in the pageant that people will come out on Sunday and support the show and I’m expecting to see like 1000 something persons there because these girls promise to bring it so it will be a good show,” Wyatt said.

Tickets for this weekend’s Black San Bang A Lang events are available at Triumph Beauty Salon in Port Zante, any member of the organising committee or Good Time Bar and E and K Mini Mart in Sandy Point.