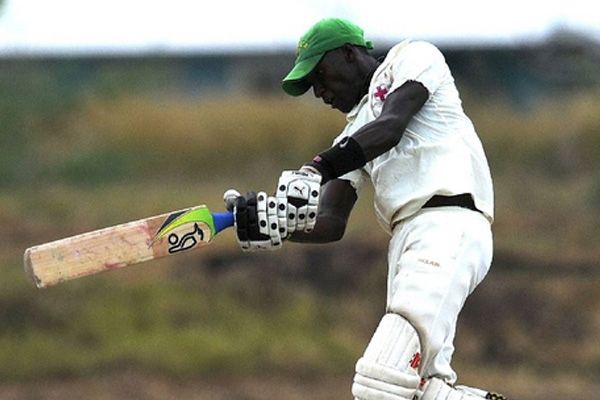 Lucas Street, Barbados, CMC — Jermaine Blackwood further enhanced his growing credentials with a glamorous hundred for the West Indies High Performance Centre against Bangladesh A on the opening day of the first four-day “Test” here Monday.

The right-hander slammed 140, his second first class century, to lift WI HPC to 292 all out after they were sent in by Bangladesh A at the Windward Cricket Club.

Leon Johnson chipped in with 56 and Assad Fudadin got 22 but the innings plunged into decline from a strong position of 197 for two, as HPC lost their last eight wickets for 95 runs.

At the close, the visitors were five without loss in the only over possible before umpires called time.

The day, however, belonged to Blackwood whose innings underlined the HPC’s effort. He struck 23 fours and one six, facing 160 balls in nearly 3-1/2 hours at the crease.

He lost his captain Kraigg Brathwaite without scoring to the fourth ball of the day, caught at the wicket by Nurul Hasan off Robiul, but then dominated two successive partnerships to revive the innings.

He put on 112 for the second wicket with Fudadin and then followed up with a further 85 for the third wicket with Johnson.

Blackwood, who scored his maiden first class century in the final of the Regional Four-Day Championship last month, completely dominated the first session and was unbeaten on 91 at the lunch interval.

He reached his half-century off just 29 balls with 12 fours and added six more boundaries and a six – a straight hit off Robiul – as HPC reached 127 for two at the break.

Afterward, Blackwood’s domination continued and he reached three figures off a mere 103 balls in the sixth over after lunch. He was eventually third out in the second hour after the interval with the score on 197.

Johnson then held the innings together in a knock that included seven fours and a six, and which came from 122 balls in 152 minutes.