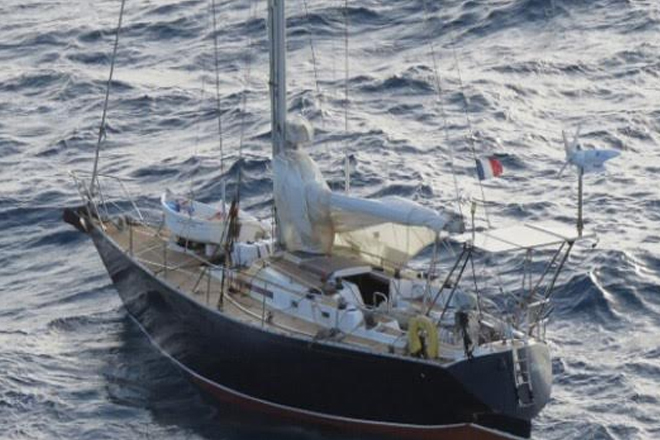 Bodies of yachtsman and dog found at sea towed to shore

(Antigua Observer) Guyana – The police are continuing to probe circumstances surrounding the death of a man and his dog aboard a French flagged yacht found in Guyanese waters.

The Guyana Defence Force (GDF) Coast Guard reports that a tanker vessel which was moving from Jamaica to Brazil observed the French-registered Yacht “Allegro” drifting with the tides out at sea on Wednesday.

On Saturday morning , Commander of the GDF Coast Guard, Gary Beaton confirmed that the vessel, with the remains, arrived at Coast Guard headquarters shortly after 8 a.m. local time.

Investigators have said a post-mortem will be conducted on the remains of the man to determine the cause of death.