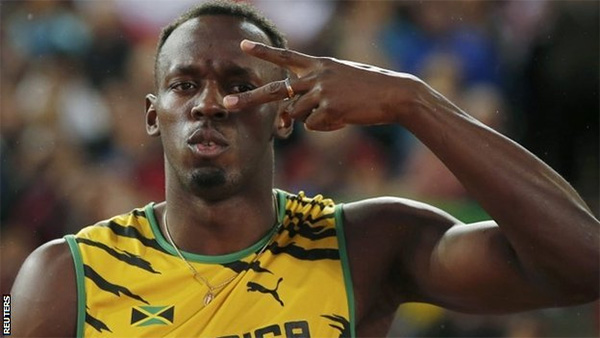 Sports Page — Usain Bolt believes he can lower both his 100m and 200m world records, and aims to be the first man to break 19 seconds for the longer distance.

Despite winning five Olympic and World individual sprint titles since, he has yet to improve on those times.

“If I can get a perfect season where I’m working well, without any injuries, with no time off, I’ll definitely have the chance to break the 100m world record.

“The 200m is my personal focus. One of my biggest goals is to try to run sub-19, pushing the barrier a little bit will be great for me.”

Bolt’s 2014 campaign was disrupted by foot and hamstring injuries and he only ran in three races – including a leg for Jamaica’s victorious 4x100m relay team at the Commonwealth Games – before bringing his season to an early end.

Bolt’s quickest 200m time since setting his world record in Berlin was the 19.32 seconds he clocked at London 2012.

Similarly the closest he has come to beating his own 100m mark was the 9.63 seconds he ran to defend his Olympic crown two years ago.