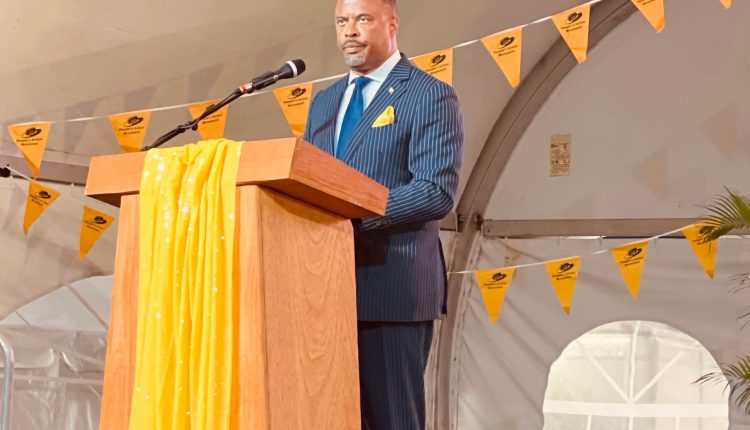 Brantley on Keeping the Promise of Team Unity

Basseterre, St. Kitts, March 14, 2022 (ZIZ) — Leader of the Concerned Citizen’s Movement and Premier of Nevis, the Hon. Mark Brantley has expressed his support for the Team Unity coalition describing it as the “last best chance for our nation”.

He was at the time the featured speaker at the People’s Action Movement’s 57th National Convention at St. Mary’s Park on Sunday.

Falling in line with the convention’s theme “Keeping the Promise” Mr. Brantley called on all members of Team Unity to keep the promises that were made at their inception.