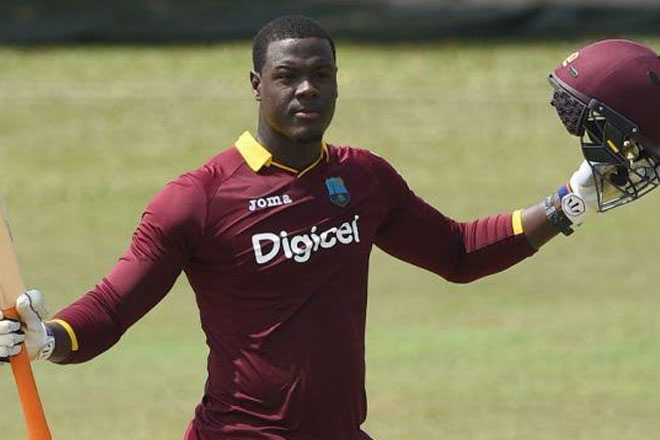 (ZIZ News) – A sensational partnership between all-rounders Andre Russell and Carlos Brathwaite provided West Indies with a major boost, ahead of their three-match One-Day International series against Sri Lanka.

The pair added an eighth-wicket stand of 193 off 99 balls, which included 16 fours and 13 sixes as Windies defeated the S.L.C. President’s XI in a 50-over warm-up match at Colts Cricket Club on Thursday.

Speaking afterwards, Brathwaite, who made 113 runs off 58 balls, said was particularly pleased to have helped put his team in a winning position.

Russell powered his way to 89 off 54 balls with six sixes and six fours.

The home side reached 103 for 3 off 21 overs when rain and bad light brought the match to an end to give the West Indies a 43-run victory on the Duckworth/Lewis method.