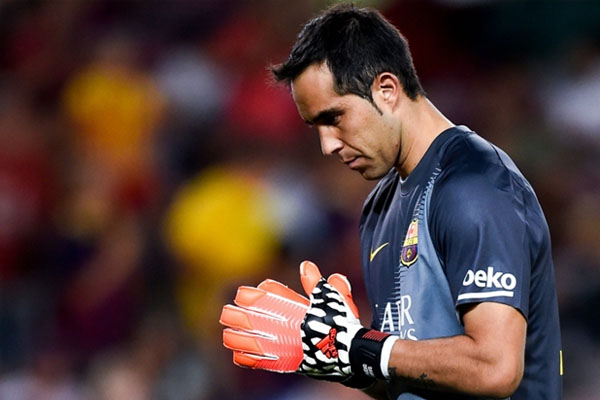 (CNN) — Barcelona are known for scoring truckloads of goals, but the Catalan side were celebrating their miserliness on Saturday as goalkeeper Claudio Bravo set a new La Liga record for time spent on the pitch without conceding.

The Chilean international, who signed from Real Sociedad in the summer, has now played 630 minutes from the start of the season without letting in a goal.

The old mark of 560 minutes set by former Barca gloveman Pedro Artola at the beginning of the 1977-78 season was passed in the 21st minute of the match against Rayo Vallecano.

“Everybody was talking about the record before the game,” Bravo told reporters after the match. “But I wasn’t really thinking about the minutes, I was thinking more about the game and trying to be calm and concentrate. I just wanted to keep a clean sheet.”