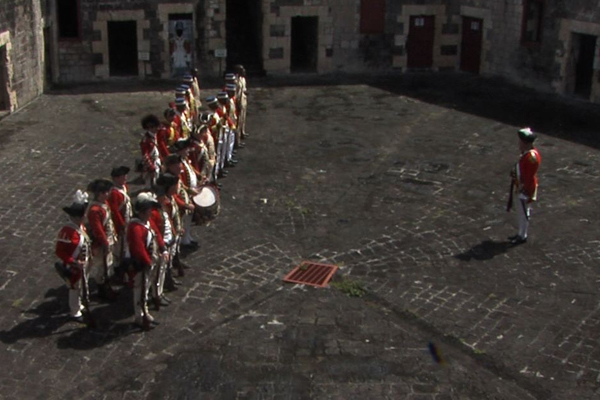 [ZIZ]–Earlier today, the ramparts of Brimstone Hill came alive with the sounds of musket and cannon fire.

A group of professional re-enactors called the British Brigade are in St. Kitts recreating the Siege of Brimstone Hill.

The group previously performed this re-enactment in 2012 and now they’ve teamed up with the St. Kitts and Nevis Defense Force to make this an even bigger production.

The Defence Force officers are portraying soldiers of the Fourth West India Regiment.

The production will also showcase the newest addition to Brimstone Hill’s artillery collection…a cannon, that has been christened “Betty.”