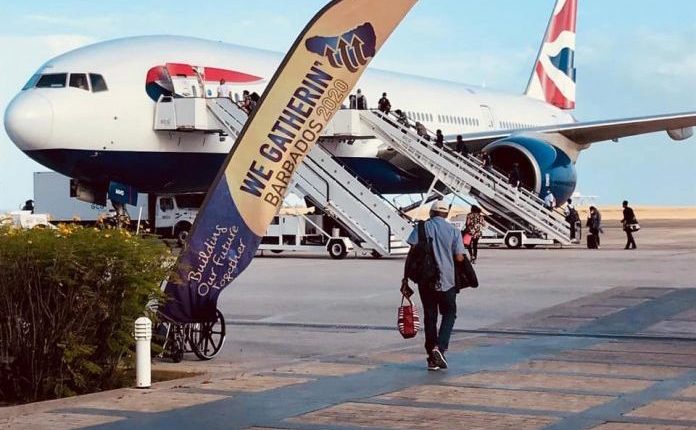 March 14 2021  (Barbados Today) British Airways (BA) will introduce digital global vaccine passports in time for the planned reopening of international travel from May 17.

British Airways (BA) will introduce digital global vaccine passports in time for the planned reopening of international travel from May 17.

BA, owned by International Consolidated Airlines Group (IAG.L), will ask people who received their two doses of the COVID-19 vaccine to log their details with their BA app, to prove that they are safe to fly.

Additionally, BA’s boss has also called for unrestricted travel for those who have been vaccinated and for non-vaccinated people with a negative coronavirus test as the industry gears up for overseas travel to recommence.

The airline also said it would reintroduce free snacks and water for economy passengers.

The calls come a few months ahead of the government’s timetable.

While prime minister Boris Johnson has said that foreign travel can resume no sooner than May 17 (depending on daily data and the success of the vaccine programme) before then on April 12, a taskforce will produce a report, which will recommend how international trips can resume for people in England.

Sean Doyle, who was appointed CEO in October, called on the UK to work with other governments to allow vaccines and health apps to help open up an industry that has been grounded for almost a year.

The aviation sector has said that health apps will be key to facilitating travel at scale. Airline workers may become overwhelmed once large numbers of passengers return, as checking paperwork could take time. As such he wants the government to back health apps that can be used to verify an individual’s negative COVID-19 test result and vaccination status, to speed up things.

Doyle added that he is optimistic that the roll-out of vaccines will boost the aviation sector which has been on life support, but everything lingers on what the UK government announces on 12 April.

So far, the UK has rapidly rolled out vaccinations and 44% of the adult population, mostly people over 60, have now had their first jab. Meanwhile, 48,000 business in Britain have also signed up for rapid workplace testing as the country eases back into “normality” ( SOURCE- YAHOO)