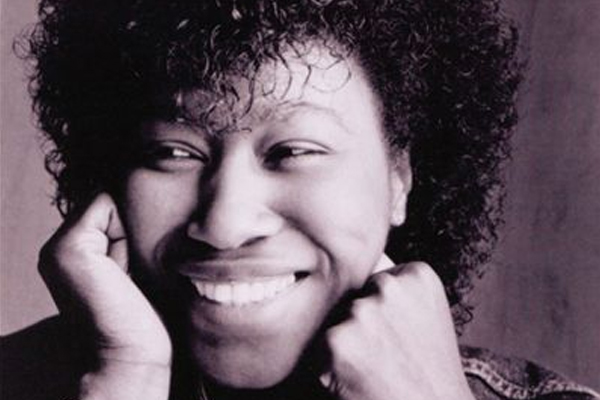 Martin Hutchinson, writing in the Derbyshire Times, writes: And on this, her last major tour, the three-time Grammy Award-nominee will be calling at Buxton Opera House later in the year.

It will be a chance for the unique performer to play her songs as they were composed.

“I’ve always toured with a band before, but as this will be the last major tour that I’ll be doing I’ve decided to do it on my own,” she explained.

“I wrote and arrange all my songs as I hear them in my head, so performing them this way – totally solo – will be a great memory for me.”

Originally from St. Kitts, her parents moved to Birmingham when she was six. She arrived on the UK music scene with her debut album in 1972 and since then her career has encompassed many genres from pop to blues to jazz and beyond.

Following hit singles with Love and Affection, Me Myself I and Drop The Pilot to name but three, Joan also sang the theme to the film The Wild Geese, as well as recording the albums Show Some Emotion and Walk Under Ladders.

Grammy Award nominations followed, as well as an Ivor Novello award and an MBE.

So there is no doubt that she is multi-talented both in the song-writing and performing stakes.

For the tour Joan promises a journey through her whole career and she’ll be playing no favourites as she hasn’t worked out a set-list.

The 64-year-old said: “What I’m trying to do is sing something from every album, and because it’s my last major tour, in these autumn dates are places I’ve never been to before. I purposely decided, ‘cos I’m on my own, to do the smaller venues to try and create a nice little memory. It’ll just be me with my acoustic and electric guitar as well as a piano.

“I like all my songs, that’s why I do as many as I can. It won’t be just my jazz and blues numbers either, I’ll also do my pop and rock songs.”

And she admits she has a special place in her heart for one song: “Yes, A Kissing and a Hugging used to be my favourite, I sang it all the time. It’s a jazzy song and very rhythmic and one of those that you can sing ten times in a row and every one would be different.”