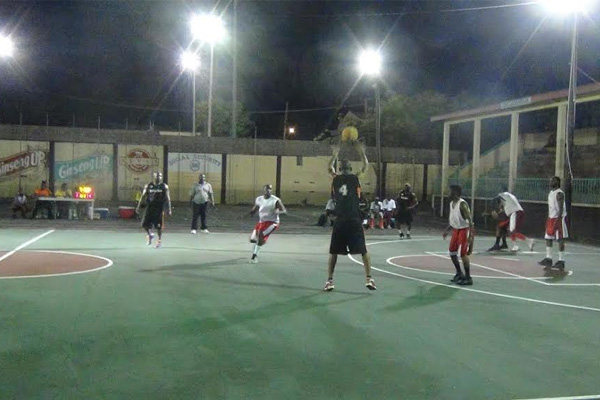 Sports Page — The playoffs in the local Basketball league are well and truly ion the way.

Bronx Crisis won over neighbours PJ’S with a score line of 80 points to 70 and CG Rebels took care of Dynasty Ballers 73 points to 37.

Meanwhile, a visiting Montserrat team is due to visit Nevis for the upcoming Whit weekend. Matches will be played on Saturday 7th and Sunday 8th June at the Grell Hull-Stevens Netball Complex:

Game one: Montserrat vs C G Rebels on Saturday 07th June at the GH-S Netball Complex.

The general public is cordially invited to witness the two very exciting games.