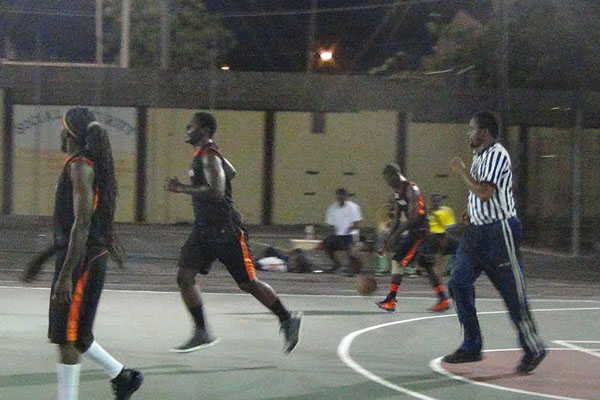 There was not a huge crowd on hand but the few spectators were thoroughly entertained on the evening of Tuesday 2nd April.

Bronx Crisis took the court with the new addition of Curtis Morton Jr whose usual team is not on show in this particular league.

It was a ding-dong battle from start to finish and as one team took the lead, the other team generally played ‘catch up.’

In the end, it was Dynasty Ballers dominating the final quarter to give Ev Webbe and his men  a major scare, but it was a case of ‘too little too late,’ as the Bronx Crisis managed to hold on to a slender five points lead  to win the game.

Meanwhile on Wednesday 23rd April, champions CG Rebels comfortably disposed of arch rivals PJ’S with a score line of 74 to 59.

Here is a summary of the two matches:

All Game schedule are sponsored by Nevis Island Administration