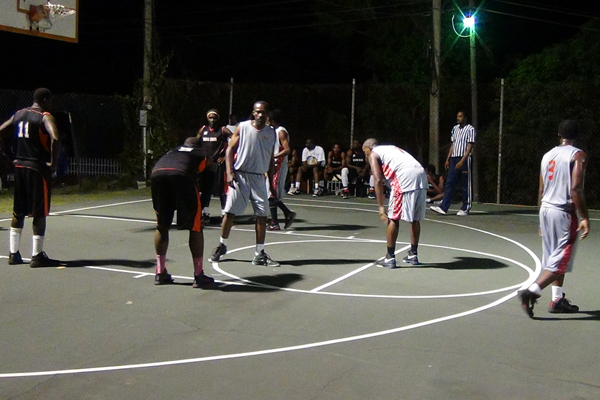 (Sports Page) The Malcolm Guishard Memorial Basketball league continued over the weekend at the Church Ground hard court. The PJ’s team which made a name for itself in the St.Kitts-Nevis Basketball league earlier this year, were taken down a peg on Sunday night when they were narrowly defeated by neighbours Bronx United.

The PJ’s team with players mainly out of the Cherry Gardens area fought long and hard but always seemed to be trailing by a small margin.

However, when it mattered most in the final quarter, they held their nerves and managed to bring the scores level at the final whistle with the nerve racking scoreline of 61-all.

In the overtime play, the Bronx Crisis team prevailed by a crucial 4 points to win the game.

Here is a summary of all of the games played in the league over the weekend: