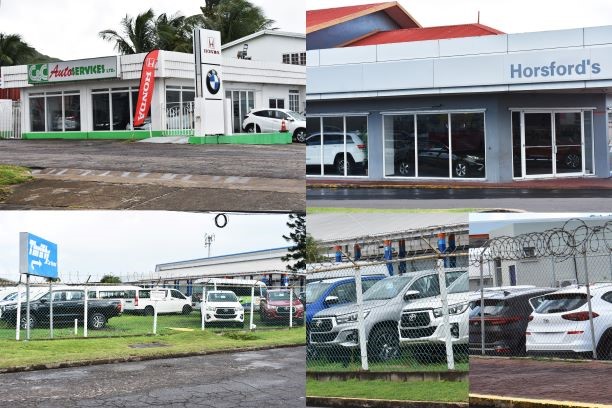 BASSETERRE, St. Kitts, January 15, 2020 (Press Unit in the Office of the Prime Minister) – The strength of the Federation’s robust economy was reflected by the significant boost in consumer spending on the two designated VAT Rate Days in December 2019.

That’s according to Prime Minister and Minister of Finance, Dr. the Honourable Timothy Harris, who was at the time addressing the nation during his press conference earlier today, Wednesday, January 15, 2020.

The honourable prime minister said he was particularly pleased with the large number of vehicles sold on the VAT Rate Days of December 13 and 21.

“For the two discounted VAT Rate Days in December 2019, our country recorded sales of 219 vehicles…at a cost of approximately $21 million – up from the $17 million recorded for vehicle sales in 2018, a substantial 23.5 percent increase in the dollar value of vehicles sold on the VAT Days,” Prime Minister Harris said.

Dr. Harris further noted that the TDC Group of Companies “was the largest beneficiary with 103 vehicles sold.”

Taiwan’s President Congratulates St. Kitts & Nevis On The Occasion Of Its 37th…

Honorary Consulate Of St. Kitts And Nevis In Belgium Presents Its Complements To St.…

President Of The Republic Of Cuba Extends Best Wishes To St. Kitts & Nevis On…