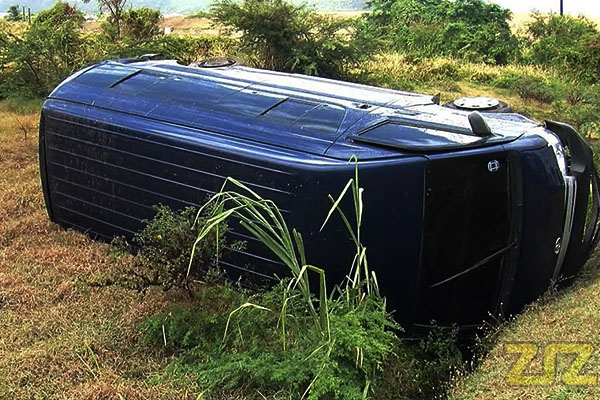 ZIZ News — Police are investigating the circumstances that led up to a minibus flipping onto its side just off of the F.T. Williams Highway.

The incident occurred around 2 o’clock Thursday afternoon. When ZIZ arrived on the scene, a police officer was taking statements and taking measurements of the area.

The bus, PA 3063, is owned by the government of St. Kitts-Nevis and operated by the New Horizons Rehabilitation Centre. It was driven by Kamali Mills.

According to the police, Mills was driving west towards the roundabout from Gillard’s Gas Station when the bus began to skid, lost control, and turned over into a ditch on the side of the road.

There were no injuries reported in the accident.