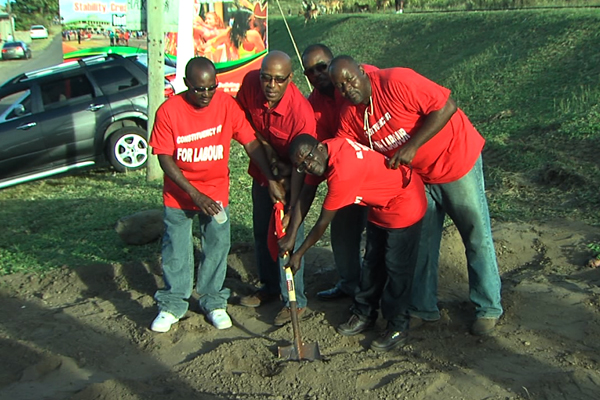 ZIZ News — During a brief ceremony Saturday evening, ground was officially broken for the construction of a bus shelter in Belle Vue.

During opening remarks given by St. Kitts Nevis Labour Party constituency no. 7 candidate, Dr. Vance Gilbert, the importance of the construction of a bus shelter in the community was revealed.

Dr. Gilbert said that the construction of the bus shelter was just the first indication of the ushering in of a new day.

He suggested that the current constituency no. 7 representative, Dr. Timothy Harris, had turned a deaf ear to the people but this would no longer be the case.

He declared that he was there to serve the people of Belle Vue and would not allow political affiliations interfere with the quality of representation constituents received.

The civic minded people of Belle Vue were praised for volunteering to undertake the actual construction work headed by a resident of the community identified as Mr. Langley.