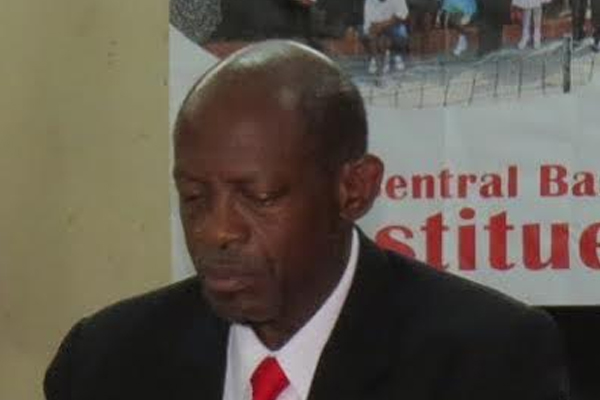 Speaking at the first in a series of town hall meetings dubbed, “Conversations for Progress,” Dr. Douglas disclosed that following meetings with all the major players, the Cabinet has approved an action plan for the way forward.

He told a packed hall at the old Basseterre Girls School of the decision in 2013 to ban Iranians living in Iran from investing in the programme as a result of economic sanctions imposed by the United Nations, the European Union and the United States of America.

“We were then informed later on after 2011, that Iranians were finding a way of getting around our ban and so we issued in July of 2013 another advisory saying Iranians no matter where you were living, once you were born in Iran you could not enter our programme and this was pursued very vigorously. And then you would of heard that in May of this year the United States Treasury Department issued what is called an advisory, warning bankers that some holders of the St. Kitts and Nevis passports who were doing business, business transactions with them in their banks, that they should be more careful in knowing exactly who they are because they believed that they were using our citizenship to become involved in illicit activities and we have moved since then with great dispatch in response to that advisory issued in May of this year,” said Prime Minister Douglas.

“By the next day, we brought all of the bankers together, I said to them in a meeting with my financial secretary and others including the Unit, tell me what are some of the challenges that you face with persons who come to your banks holding our passports as economic citizens and tell me what you think the Government can do to assist you in carrying out what the advisory has asked you to do; that is you must know exactly who these persons are who are doing business with you and we were told that these persons by and large would not disclose where they were born and that was important because according to the advisory, you must know who the person is standing in front of you doing banking business. You must not only know that they are citizens of a country, that they have a lot of money etc…but you must know for example where they were born,” said the Prime Minister, who added:

“And so this is part and parcel of the new arrangement that is being put in place in order to ensure that we do a number of things to have the Advisory lifted.”

He said consultations were also held with the service providers, the developers of the real estate businesses, the due diligence companies who are carrying out due diligence checks as well as the overseas marketing and promotion agencies and the United States Treasury Department itself.

“We have begun the process of ensuring that we do what is necessary to have the advisory lifted,” said Prime Minister Douglas.

He reported that a recent Cabinet meeting an action plan was approved, an implementation team was named and three Heads of Departments where there are reliable, efficient systems being run in the government to look at the system of operation within the Citizenship by Investment Unit and make the necessary changes and improve the processing and improve on the efficiency generally within the Citizenship by Investment Unit.