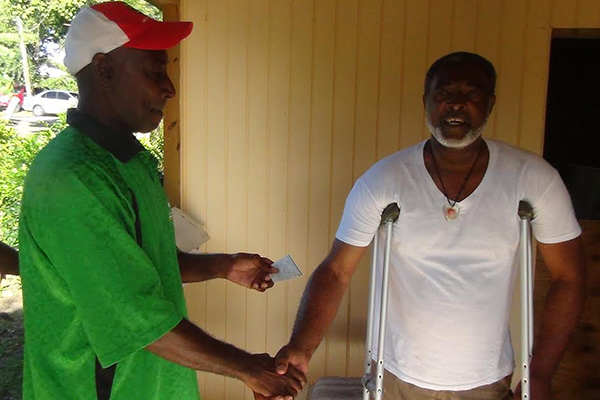 Last week the club had organized a fund raiser geared to assist Stapleton with dealing with his medical bills incurred due to his illness.

Stapleton has lost a leg due to the dreaded Diabetes condition and is no longer employed.

Former team mate and former West Indies allrounder, Derrick Parry, made the presentation on behalf of the club.

He noted the cheque which was the sum total of the money raised on the fun day held recently, which included a series of cricket matches, valued $4,000.00.

Stapleton, for his part thanked the club for the fine gesture and asked for God’s continued blessings on the members.