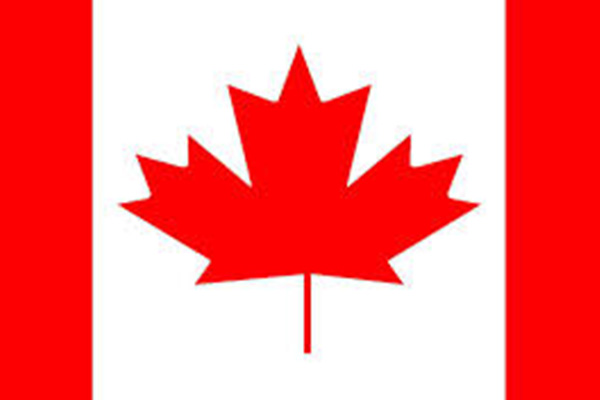 Canada and St. Kitts and Nevis share the same goals on immigration and security

Basseterre, St. Kitts (CUOPM) — St. Kitts and Nevis respects the rights of Canada and its international partners to ensure that best practices are not only discussed, but indeed embraced.

Prime Minister the Right Hon. Dr. Denzil L. Douglas commenting on the decision of Canada to require citizens of St. Kitts and Nevis to get visas prior to enter the North American nation, stressed that Canada and St. Kitts and Nevis share the same goals and the same values where immigration and security are concerned.

“Canada wants to know who is coming into and leaving their country, and so do we. Identity management is important to them, and it is important to us. Canada has made it clear that it continues to welcome genuine visitors from St. Kitts and Nevis, and has a number of programmes, including a multiple-entry visa, to make it easy for such legitimate visitors to travel to Canada. For all of these reasons and more, St. Kitts and Nevis will continue to work with Canada, and with all our international partners, to ensure that best practices are not only discussed, but indeed embraced,” said Prime Minister Douglas.

He accused the opposition forces in St. Kitts and Nevis to be critical of the decision because elections are around the corner.

“I see that every effort is being made by some to whip Kittitians and Nevisians into a frenzy of fear and trepidation on every conceivable issue. The aim seems to be that disaster, destruction, and desolation are our lot, and their position on our travelling to Canada on a visa is a case in point,” said Prime Minister Douglas.

He noted that Minister of Foreign Affairs, the Hon. Patrice Nisbett has already pointed out that the citizens of most Caribbean countries travel to Canada on visas.

“He explained, as well, that the citizens of some 147 countries, world-wide, already travel to Canada on visas. And I am certain that your own research has shown you that effective April 2015, citizens of France, Germany, Switzerland, England, Barbados, Bahamas and other countries which do not now travel to Canada on visas will be required to undergo new screening prior to being approved to enter Canada,” said Prime Minister Douglas.

“St. Kitts and Nevis is a member of the world community of democratic nations, and we will continue to work and collaborate with our international counterparts in order to advance both our individual interests, as well as those of the wider international community,” said Prime Minister Douglas.

Over the weekend, a leading Canadian journalist says the imposition of a visa requirement on St. Kitts and Nevis citizens to enter into Canada is part of an overall global initiative which will see the elimination of visa free entry into North American country.

Veteran journalist Mr. Tom Godfrey told WINN FM’s The Bigger Picture that Canada will be staggering the implementation of visa requirements to all countries around the world.

“It’s not only the Caribbean countries, but it’s something that will be phased out internationally to all countries…it’s all part of a global plan here that people coming into the country, it’s all going to be done online. That’s what’s going on. They have staggered dates…eventually…everybody coming here they have to do it online,” Godfrey, winner of four Edward Dunlop Awards for Excellence in Reporting. Godfrey is also winner of a Toronto Police Service Award for News Reporting and Toronto Fire Award for Reporting with winners selected from Reporters working in the City of Toronto.

Meanwhile, the Barbados Government Information Service (BGIS) has disclosed that the Government of Canada has advised that effective April 2015; all foreign nationals of visa exempt countries will be required to undergo prior screening for approval to enter that country.

Due to the Canadian Government’s limited capacity to identify and screen foreign nationals who do not require a temporary resident visa to travel to Canada, it will be introducing the new Electronic Travel Authorisation (eTA) which is a new electronic document requirement for visa exempt travellers entering by air. The application fee for the eTA is CDN$7 (appox. BDS$12).

Additionally, an application for a work or study permit would constitute an eTA application and therefore, a separate application would not be required. Students in possession of the relevant student visa will be exempted.

The eTA programme was first announced by Prime Minister Stephen Harper in the Perimeter Security and Economic Competitiveness Action Plan in December, 2011. The eTA programme, which is only applicable to visa exempt travellers arriving by air, will only require an online application. The vast majority of eTA applications will be auto-granted by an electronic system, and will be valid for five years, or until the passport expires or whichever comes first.

All Barbadian travellers arriving in Canada and in possession of an eTA will still be interviewed by a Canada Border Service Agency (CBSA) official, who will determine final eligibility. Persons transiting Canada are also required to have an eTA prior to travelling.

Although the programme will be rolled out in April, it will become mandatory in October 2015 when the CBSA’s Interactive Passenger Information System becomes operational. During this six-month grace period, Barbadian travellers not in possession of an eTA will not be refused entry to Canada.