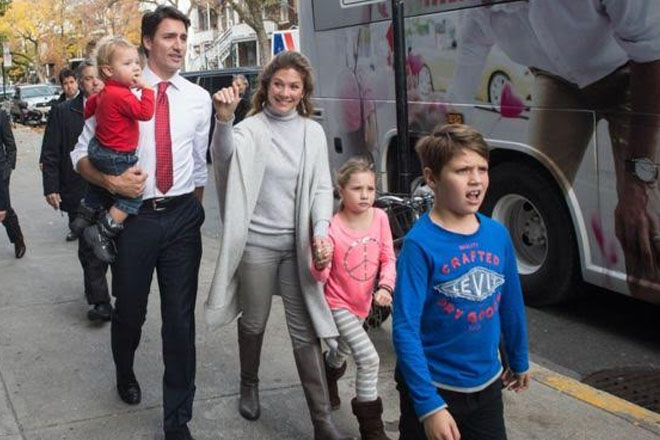 Canada PM under fire for nannies and child care

(BBC) Canadian Prime Minister Justin Trudeau has been accused of hypocrisy after it was revealed he was using public money to pay for nannies to look after his children.

He had argued that rich families didn’t need taxpayers’ help.

Two nannies were hired as “special assistants” at the prime minister’s home under the Official Residences Act.

The positions were approved last week by the cabinet, though the nannies will be paid for their work from 4 November – the day Trudeau and his cabinet were sworn in.

Conservative party member Lisa Raitt has labelled the use of nannies as “hypocritical” and said that the positions should be funded by Trudeau’s salary.

“In these times, [then Prime Minister] Mr Harper’s top priority is to give wealthy families like his and mine $2,000,” said Mr Trudeau on the campaign trail. “We don’t need it. And Canada can’t afford it.”

The nannies will be paid between $15 and $20 an hour for day shifts, and $11 to $13 for evenings. They were employed to look after Mr Trudeau’s three children on 4 November, the day he was sworn into office.

“Like all families of prime ministers, a small number of staff provide assistance. Given the nature of the prime minister’s responsibilities and his young family, the Trudeaus employ two household employees who, in addition to performing other duties around the house, act as secondary caregivers to the three children,” said a representative for the prime minister.

Section 7.1 of the Official Residence Act says that “a steward or housekeeper and such other employees” can be hired to manage the prime minister’s residence if considered necessary.

Mr Trudeau is also entitled to collect around $3,400 as part of Canada’s universal child care benefit, though he has said this money will be donated to charity.