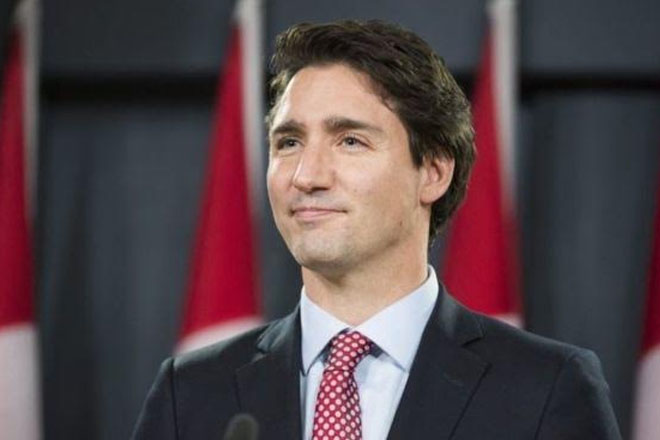 Canada to Withdraw Fighter Jets from Syria and Iraq

(BBC) – Canadian Prime Minister-designate Justin Trudeau has confirmed he will withdraw Canadian fighter jets from the air strikes against Islamic State (IS) in Iraq and Syria.

He informed US President Barack Obama of his decision hours after leading his Liberal Party to victory in the polls.

As part of his election campaign, Mr Trudeau pledged to bring home the CF-18 fighter jets that were deployed to the region until March 2016.

He has not yet given a timescale.

In his first telephone conversation with the US president as Canada’s prime minister-designate, Mr Trudeau informed Barack Obama that he would make good on his election promise to withdraw the fighter jets.

“I committed that we would continue to engage in a responsible way that understands how important Canada has a role to play in the fight against ISIL (Islamic State), but he (Barack Obama) understands the commitments I’ve made around ending the combat mission,” he told reporters in Ottawa on Tuesday.

However, he said he would keep Canadian military trainers in northern Iraq, the AFP news agency reports.

Mr Trudeau has also vowed to take in 25,000 Syrian refugees by the end of the year – a move previously rejected by his predecessor Stephen Harper, who took a much harder line on the issue.

He also quipped that President Obama had “teased me about my lack of grey hair, but said I’d probably get some quite soon”.

Justin Trudeau looks set to improve relations with the US in other areas, especially on environmental issues.

“Canada’s days of being a less-than-enthusiastic actor on the climate-change file are behind us,” he said on Tuesday, in reference to Stephen Harper’s decision to pull Canada out of the Kyoto climate change protocol in 2011 – the first country to do so.

The White House said in a statement on Tuesday that President Obama looked forward to working on climate policy with Mr Trudeau, who has pledged to set targets to reduce carbon emissions.

Ties are also likely to improve over plans for the Keystone XL pipeline, which would send Canadian oil south across the border. President Obama was reluctant to approve the proposal, which angered Stephen Harper who said it would create jobs for Canadians.

Mr Trudeau, who supports the plans, has said he is willing to work with the US to address some of the environmental concerns.