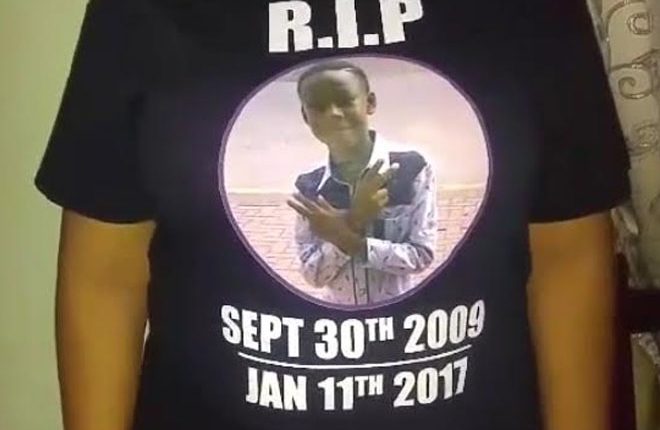 (ZIZ News) — Friends and supporters of the family of the late Leshaun Thompson, who was hit by a bus a week ago, gathered at the site of the accident on Monday to pay tribute to the 7 year old.

The candle light vigil included songs, poetry, a slide show of Leshaun in happier times and wishes of condolences to the bereaved family.

In attendance were Parliamentary Representative for Constituency #8, Hon. Eugene Hamilton and Opposition representative, Dr. Terrence Drew who both paid tribute in song and poetry respectively.

On Monday January 9 Leshaun was attempting to cross the Island Main Road in Keys when he was hit by passenger bus HA127. He died two days later.

Leshaun is expected to be laid to rest next week.