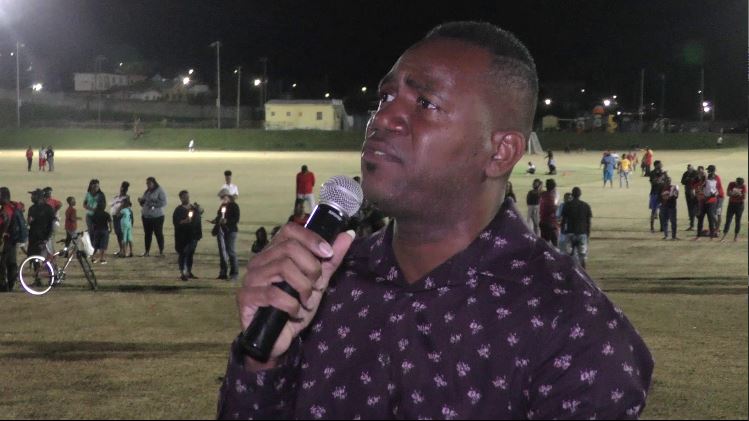 Basseterre, St. Kitts, March 10th,  2021 (ZIZ News)  The community of Sandy Point and surrounding areas gathered on Tuesday evening at the New Recreation Ground in Sandy Point to pay tribute to the life of the late Llewelyn Pyke who served as science teacher and coach at the Charles E Mills Secondary School.

Among them was Parliamentary Representative for Sandy Point Hon. Shawn Richards who said Pyke made an indelible mark on teachers, students and the sporting fraternity in particular.

He encouraged the athletes Pyke trained to continue to make him proud through their performances.

Principal at the Sandy Point High School Eisha Jackson said his dedication and enthusiasm as a coach was undeniable.

Coach Pyke was described as a highly respected coach on the national level. It has been reported that between 2015 to 2018 all of the top medallists of Team SKN at the CARIFTA Games were trained by Coach Pyke. Coach Pyke also paved the way for several national athletes who then went on to perform outstandingly at the USA collegiate level and even in global events such as the CAC Games and PAN AM Games.

The Funeral Service for the late Llewellyn Pyke will be held on Saturday 13th March 2021 at the New Recreation Ground in Sandy Point. Viewing starts at 12:30pm. Funeral begins at 2pm.