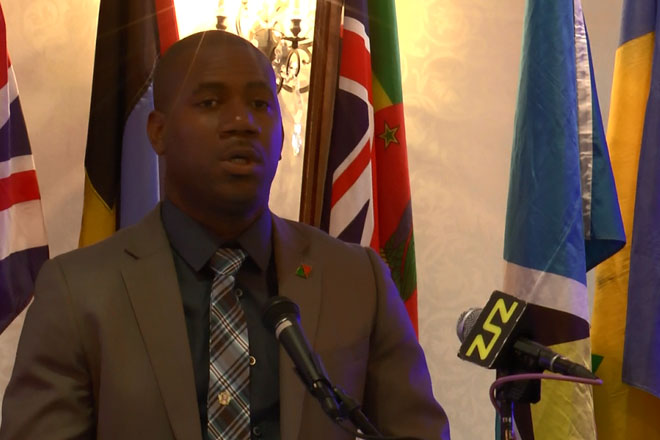 Basseterre, St. Kitts (SKNIS) — Minister of Education Honourable Shawn Richards has recently stated that CANQATE conferences have changed the field of tertiary education quality assurance and will continue to do so in upcoming conferences.

“Since then there has been an exponential growth in the different types of tertiary level providers,” said Minister Richards. “The use of ICT (Information and Communications Technology) and social media have broken all barriers and borders for the delivery of tertiary level education.”

The Minister mentioned that because of the increased demand for high level tertiary education, many non-traditional providers, in the form of private cross border, online and competence based institutions, have come on the scene.

“These types of businesses are right here in the Caribbean and St. Kitts and Nevis is no exception,” he said. It is their presence which makes in necessary for quality assurance agencies such as those under the umbrella of CANQATE to function.”

Minister Richards noted that the consultations will no doubt help shape the future of tertiary education within the region.

During the preconference held on October 7th, school principals and ministry officials from St. Kitts and Nevis were afforded an excellent opportunity “to rub shoulders with” CANQATE officials who are passionate about quality assurance, said the education minister.

“It is my hope that by your presence you will create that awareness that the entire country will become knowledgeable about the role of accreditation,” Minister Richards stated to the CANQATE officials.

The Ministry of Education and the St. Kitts and Nevis Accreditation Board (SKNAB), in collaboration with the Caribbean Area Network for Quality Assurance in Tertiary Education (CANQATE) are currently hosting the 12th Annual CANQATE Conference and General Meeting during October 7th to 9th, 2015. This event is being held under the theme “Quality Assurance and Socioeconomic Development in a Global Environment: Regional and International Perspectives.”