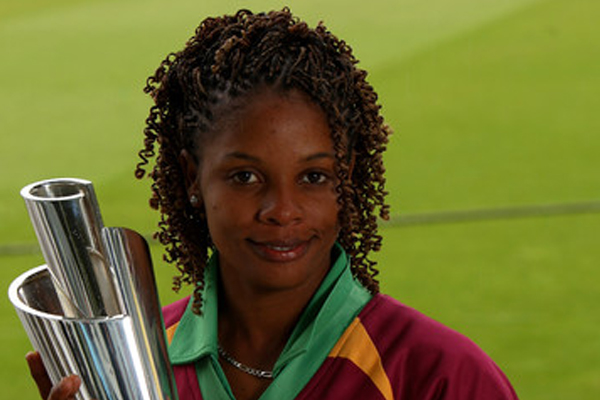 Sports Page— Captain of the West Indies women’s Cricket team, Merissa Aguillera paused from her practice session at Warner Park on Monday, for a brief interview with NTV sports.

‘It’s an honour to captain these ladies. It has been a struggle but God has helped me. The ladies are professional and I have received tremendous assistance from the coaches and the management team and many others,’ she said.

She indicated that outside of Cricket, she is an ambassador for a company in Trinidad called ATLANTIC which produces natural gas.

She noted that the company is involved in a lot of programs and she has the opportunity to assist a lot of individuals, especially the youth.

She believes that her team has an excellent chance to win the upcoming series against the New Zealand team.

She was quick to point out that in the last series versus the Kiwis ladies, the Windies did not win a single game but believes that they are up to the task right now.

‘If we work hard and unite as a team, we will gain the victory,’ she said confidently.

She had a special word for the Cricket lovers in Nevis:

“Nevis, we play good Cricket. We can get the balls over the boundary. We can make things really exciting and even the New Zealand girls. Come and see us in action,’ was her appeal.