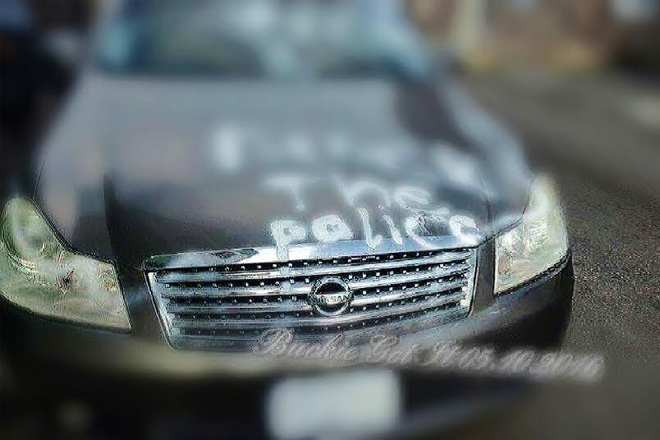 The police are presently investigating a case of malicious damage regarding a Nissan Fuga which was vandalized during the late hours of Monday night.

Officials from the Royal Christopher and Nevis Police Force told ZIZ that a student of Windsor University who resides at St. Johnson village discovered the vehicle covered with graffiti in the early hours of Tuesday morning.

The incident was then reported to the Basseterre Police Station.

The vandalized vehicle gathered much attention after pictures of it parked in front the Basseterre police station was circulated on social media.