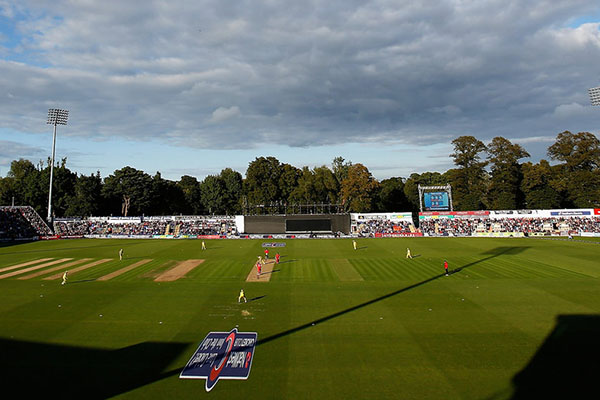 Cardiff will host the opening Investec Ashes Test Match next summer, reviving memories of the ground’s inaugural Test in 2009 when England’s last pair James Anderson and Monty Panesar clung on for a famous draw on the final day of a nerve-wracking Ashes encounter.

The chance to launch the series is another fillip for Cardiff, which has had mixed results with weather and attendance levels since financial support from the Welsh Assembly raised its profile as an international venue.

The city is also in contention with London and Singapore as a potential headquarters of the ICC in succession to Dubai.

The commitment to award Cardiff an Ashes was made three years ago, since when the ground’s ability to implant itself as a major international venue for cricket has had a mixed reception. The city was also chosen as one of the three venues for last year’s Champions Trophy.

Lord’s, Edgbaston, Trent Bridge and The Oval will also stage Tests as England attempt to recover from their 5-0 mauling in Australia last winter and regain the Ashes urn. That would demand that they won a fourth successive home Ashes series following their previous triumphs in 2005, 2009 and 2013.

Confirmation of the schedule is again a sharp reminder for some of what is perceived as a creeping north-south divide in English cricket. An Ashes Test is the premier attraction in English cricket, but there are no Ashes Tests for Old Trafford, Headingley, or Chester-Le-Street – even though the first two grounds are replete in history and expensively upgraded.

The ECB disputes such a notion, stating that Chester-le-Street and Old Trafford both gained Ashes tests in 2013. “Over a long-term cycle, ECB is committed to ensuring an even spread across the nation,” an ECB spokesman said.

Headingley, which is the only venue where Australia have beaten England in the past two tours, does not appear by mutual consent because Yorkshire, heavily in debt, dare not risk the financial outlay. Old Trafford chose 2013 above 2015 when presented with the choice, but it will feel its absence heavily. The city is on the up, the ground transformed, but the Australians elsewhere.

After the Ashes, England and Australia will meet in a NatWest T20 in Cardiff before five 50-over matches at the Ageas Bowl, Lord’s, Emirates Old Trafford and Headingley hosting matches in the Royal London one-day series.

New Zealand’s tour of England will begin in May with tour matches against Somerset and Worcestershire before the two countries meet in Tests at Lords and Headingley. ODIs are scheduled for Edgbaston, The Oval, The Ageas Bowl, Trent Bridge and Chester-le-Street. Old Trafford hosts a T20.