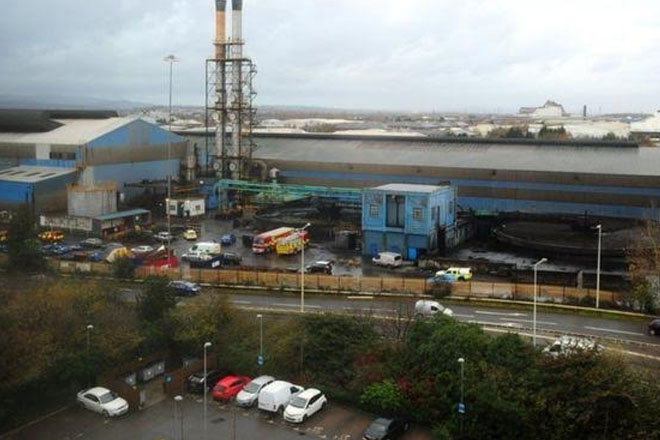 (BBC) Two people have died following an explosion at a steelworks in Cardiff, Celsa Steel UK has confirmed.

Supt Stephen Jones from South Wales Police confirmed two bodies had been found and said the priority was recovering the victims.

Five people were also injured at the plant on East Moors Road in Splott.

One person was treated and discharged at the scene and four were taken to the University Hospital of Wales (UHW) in Cardiff, police said.

Their conditions are not known.