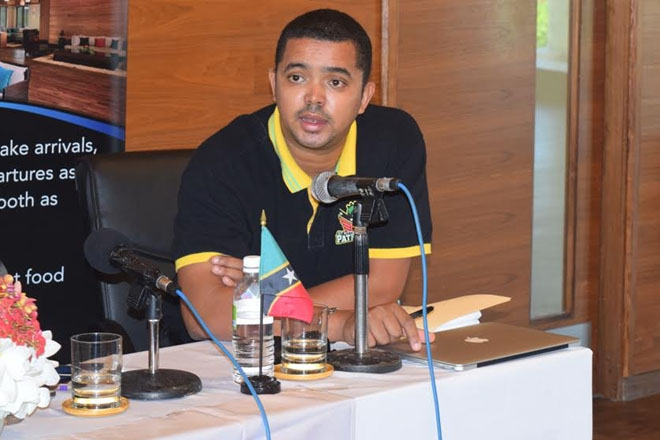 (ZIZ News) — For the Second year in a row, Caribbean Alliance Insurance Co. Ltd. is partnering with the St. Kitts-Nevis Patriots, as the primary sponsor of the team, disclosed Richard Berridge, the Chief Operations Officer of the St. Kitts based team.

According to COO Berridge, the Patriots team and management are delighted to have the support of Caribbean Alliance. He said, “The relationship has been a very strong one, very productive for all involved, and we hope we can continue to grow from strength to strength.”

Considering the context of the sponsorship, Berridge said, “This is a valuable sponsorship that allows the team to be fully functional. With that kind of support, we can focus on other areas to ensure that the team is highly competitive in the tournament.”

Berridge believes that the team provides an excellent opportunity for any sponsor to get on board with the Patriots program. “There are some outstanding opportunities for branding through the audience reach at the CPL tournament. We are a progressive outfit, regional in scope, and one which provides any sponsor with an excellent platform for branding their products and services,” expressed a confident Berridge.

Looking a bit longer term, Director Letby said, “We are hoping it will be the second year of many in building a franchise, and that we reach the finals this year.”

Caribbean Alliance Insurance was formed in 1988, and is the largest general insurance company operating in the Eastern Caribbean.

Meanwhile, the team is due to begin arriving in St. Kitts on 22 nd June and will immediately enter into a training camp, which will include two practice matches, one of which will be in Nevis against the Premier’s XI, in Charlestown, on Saturday, 25th June.

The St. Kitts-Nevis Patriots start their home campaign in the Caribbean Premier League T20 tournament on 30 th June, when they play their opening encounter against the Guyana Amazon Warriors, 8 pm, at the Warner Park Cricket Stadium.