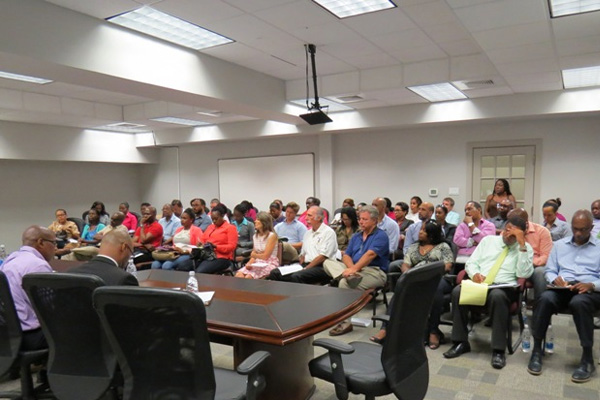 Basseterre, St. Kitts (CUOPM) Caribbean leaders have thrown their full support behind St. Kitts and Nevis’ Citizenship and Investment Programme and gave high commendation for the on-going work in strengthening the legal, regulatory and administrative framework governing the CIP to ensure that it exceeds international standards.

In a statement at the just concluded 35th Regular Meeting of the Conference of Heads of Government, the communiqué said the leaders received a report from the Prime Minister of St. Kitts and Nevis the Right Hon. Dr. Denzil L. Douglas with respect to the Citizenship by Investment Programme (CIP) undertaken by the twin-island Federation.

“They commended St. Kitts and Nevis for its recent economic performance while acknowledging the importance of such programmes in improving the fiscal position of some Member States at a time of acute economic and financial stress thereby assisting in maintaining their development efforts,” the statement said.

It added that Heads of Government emphasised their strong support for the efforts of St. Kitts and Nevis to enhance its regulatory regime in relation to its CIP, fully cognisant of the need to adhere to the most rigorous international standards to safeguard the integrity of the country and the Programme.

“Heads of Government urged all countries engaging in such a programme to co-operate and co-ordinate their regulatory systems with respect to both the CIP and to financial services generally given the imperative of enhancing the security of the Region while ensuring the protection and expansion of their revenue base,” said the statement.