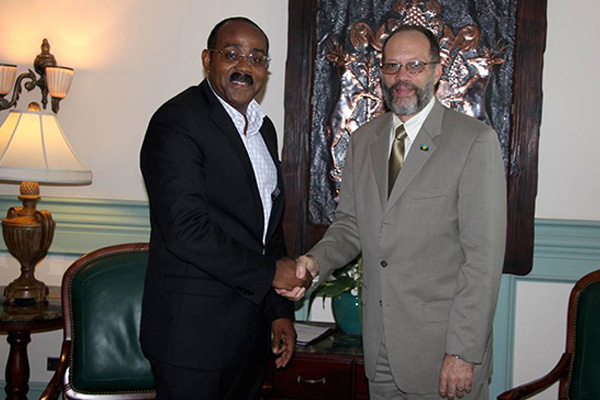 Basseterre, St. Kitts (CUOPM) — Caribbean Community (CARICOM) leaders including St. Kitts and Nevis’ Prime Minister the Rt. Hon. Dr. Denzil l. Douglas, have agreed to the establishment of a Commission to further the debate on the decriminalisation of marijuana for medicinal purposes.

CARICOM Secretary General His Excellency Irwin La Rocque told reporters that while the composition of the Commission is yet to be determined it will most likely be made up of experts “in their field.”

“The objective of such a Commission on marijuana is to conduct an inquiry into the social, economic, health and legal issues surrounding marijuana use in the Caribbean.”

La Rocque told reporters that the Commission would “determine what recommendations they wish to make based on objective analysis and consultation within the Community.

“It is not a pre determined end, it is as I said to conduct a vigorous inquiry into the circumstances of the use and the implications of the use of marijuana in our Community,” he said.

St. Vincent and the Grenadines Prime Minister Dr. the Hon. Ralph Gonsalves, who initiated debate on the marijuana issue a few years ago, had prior to his arrival in Antigua and Barbuda for the 35th Regular Meeting of the Conference of Caribbean Heads of Government, indicated that while he would not prejudge the work of the Commission, said it would most likely consider changes to marijuana legislations in countries around the world, including Jamaica, the United States, Sweden, and Uruguay.

“They will look at any number of places and they will make their recommendations. I await those recommendations, because I feel even in the absence of those recommendations, it seems to me counterproductive to ignore the potential of an industry in respect of medical marijuana and to continue to expend police, national security, court resources on persons who consume a minuscule amount of marijuana in the privacy of their homes,” said Gonsalves.

La Rocque told reporters that the leaders, had during the first day of their deliberations “covered the grounds we wanted covered,” and that the draft strategic plan for the Community that seeks to identify the areas the region would focus on over the next five years had been presented.

The plan has been developed following widespread public consultation across the region and the leaders will seek to reach agreement on top priority areas for focused attention over the five year period of the plan.

“The plan is centred around building resilience in our countries…and seeking to foster greater development in our countries,” La Rocque said, adding that a report from the Commission on the Economy had also been presented to the leaders.

La Rocque said that the leaders had “an interesting encounter with the captains of industry” whose businesses span investments across the Caribbean.

“(The talks) were very, very frank exchange which is a building of a partnership between the Community and the industries to foster growth and investments,” he said, adding “some of the issue that were discussed related to the need to harmonise our business rules and regulations across the Community.”

A joint statement issued following the talks between regional leaders and Rajoy noted that they have agreed to give priority to “advancing the fight against poverty, the conservation and sustainable management of natural resources, biodiversity and the environment in general” as well as “working together to address the negative impact of climate change on Small Island Developing States (SIDS) including through the capitalisation of the Green Climate Fund.”

They have also agreed to advocate for a rules based system of international trade, “one that includes special, differentiated treatment for small vulnerable economies and that facilititates their integration into the global economy.”