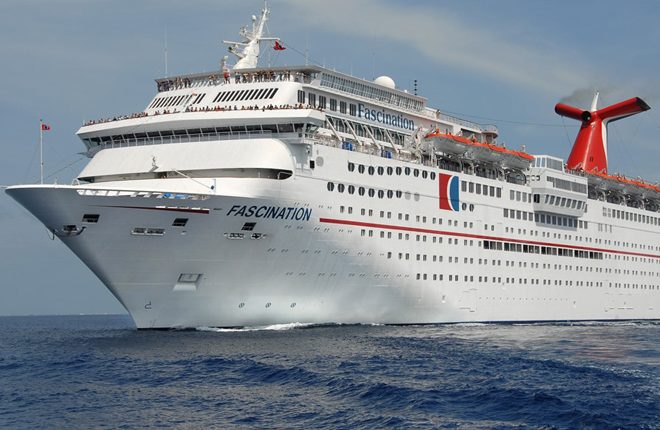 (SKNIS): Business continued as usual after the passage of Hurricane Irma, as Carnival Fascination, part of the Carnival Cruise Line, docked at Port Zante in Basseterre as scheduled on September 08.

St. Kitts and Nevis was fortunate to escape the full brunt of Hurricane Irma, a Category 5 Hurricane packing winds of 185 miles per hour (mph). Following the passage of the hurricane, it was reported that there was no loss of life or injury attributed to Irma. However, several homes suffered damage, trees were felled and utility poles and powerlines were downed.

The relevant authorities have been working to restore all the essential services including water and power. Water has been restored to more than 90 percent of the country and several communities have already regained electricity. Government offices and businesses have resumed their operations.

The visit of Carnival Fascination comes not only at a time after the passage of Hurricane Irma, but at what is considered the slow tourism season, which has seen a ship in port almost every week.

A sense of normalcy is returning to the country made evident by the docking of the cruise liner.

Carnival Fascination has a guest capacity of 2594. The ship is the fourth of eight Fantasy-class cruise ships operated by Carnival Cruise Line.

The cruise ship made its way from San Juan to Barbados, St. Lucia to St. Kitts. It will skip St. Martin because of the damage from Hurricane Irma and then traverse back to San Juan.