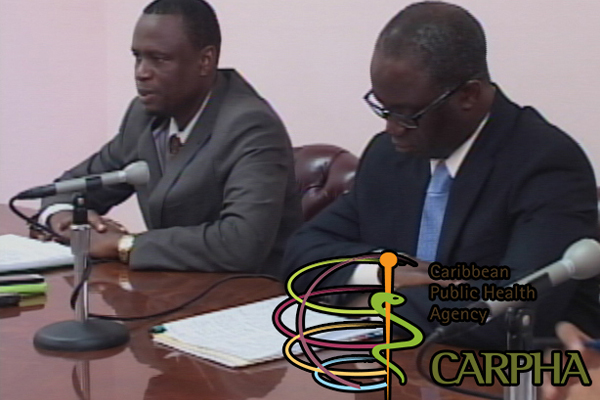 “Overall, we found the remediation measures and the implementation of those measures to be satisfactory,” stated CARPHA’s Director of Surveillance, Disease Prevention and Control, Dr. Babatunde Olowokure.

Dr. Olowokure reported that “major improvements have been made to the laboratories such as the installation of extractor fans, replacement of louver windows, the instillation of fume cupboards and hoods as well as the appropriate use of shelving to store chemical materials.”

“All wet and damp materials and items such as books have been disposed of,” he further reported, stating that this means that there is a reduced possibility of mold growing on those materials which could result in skin irritation or respiratory difficulties.

Control measures have been put in place to ensure that the environment has a minimum number of vermin and pests.

The water quality within the school was also checked and was found to be adequate.

The entire septic system on the Eastern and Western campuses were tested twice using the Blue Flush Test and no leakages have been reported.

The mold identified in the Theatre/Arts Office has been removed. The wall where it was has been remediated. The flat roof above the office was also repaired and has appeared to be “sufficiently robust for purposes.” CARPHA has asked that the school authorities and maintenance staff keep a close watch to make sure that there is no further seepage of water into the room.

The general cleaning and tidying up the environment continues including painting and removal of shrubbery around the laboratories and classrooms to reduce the potential for pests to hide.

CARPHA has advised that the chlorine levels in the piped water should be increased to ensure sufficient and adequate protection.

The communication strategy has been completed and the maintenance plan has been drafted while the plan to install a nurse in the school for three days a week has been found acceptable by CARPHA.

CARPHA commended the Ministry of Education, Health and other stakeholders including the principal of the BHS and the Teachers Association as well as the Parent Teacher’s Association for pulling together to move forward.

Minister of Education the Hon. Nigel Carty stated that his Ministry along with the Ministry of Health have made every effort to ensure that the recommendations by both CARPHA and the Caribbean Industrial Research Institute (CARIRI) were implemented.

“Because there is satisfactory performance with regard to the implementation of those recommendations from the standpoint of CARPHA, then we should have no difficulty in moving forward.”

CARIRI is in the process of conducting air quality tests and will have its own separate report.