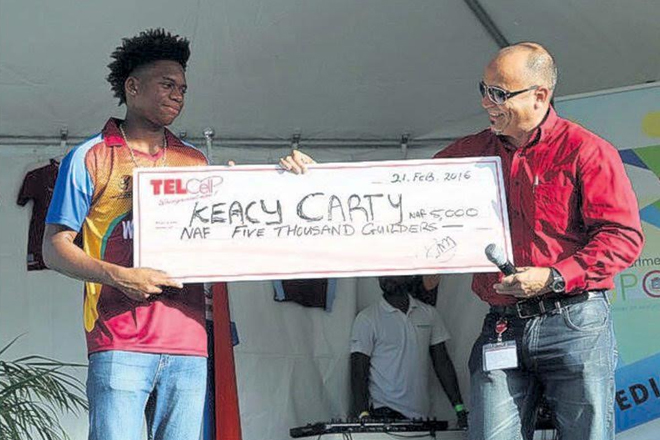 U19 World Cup cricket hero Keacy Carty was showered with NAf. 52,000 from the business community for his 52 not out in the finals of the ICC Youth World Cup to help the West Indies beat India to win its first youth World Cup in Bangladesh last Sunday.

At a massive homecoming ceremony at the Caribe Lumber Ballpark which was organized by the Government of St. Maarten and NAGICO, Carty was rightfully rewarded for his outstanding feat in the finals in which he was also named man of the match.