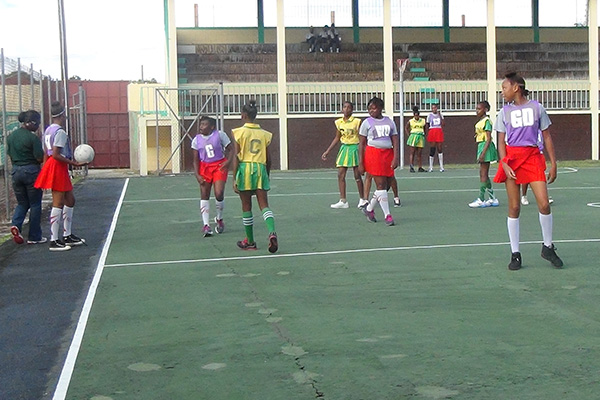 The action continued at the Grell Hull-Stevens Netball Complex on Wednesday 20th November in the Inter High Schools’ Netball league.

A very supportive crowd of mainly CSS students showed up to lend support to the CSS girls who obviously had the home court advantage.

Every single goal scored by the CSS team was cheered with much vigour and enthusiasm.

However, at the final whistle, it was the Cayon team that celebrated with a score line of 35 to 9.

The score does not accurately reflect the efforts of the CSS team on the day.  The players appeared much more energized and motivated by their supporters and strung up better passes and avoided a lot of the quick turn overs of previous games.

It is obvious that they will only get better with practice.