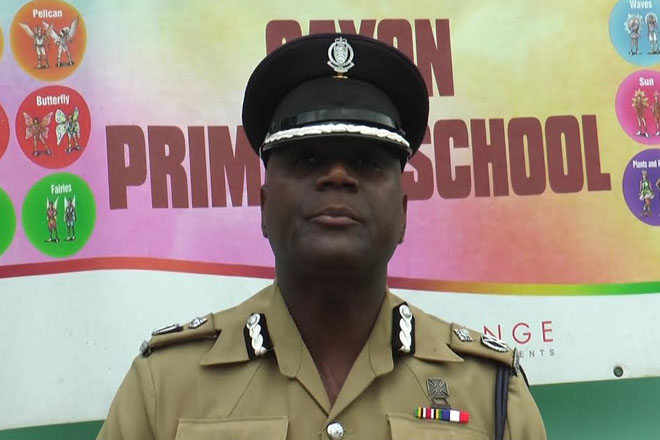 (ZIZ News) — Members of the Cayon community gathered at the Cayon Primary School, to celebrate the launch of a new program dubbed “Mentoring & Aspiring Youths” or MAY, on Monday.

In a release issued on Friday, the Police Force commended the initiative and gave the group their full support.

Assistant Commissioner Of Police Terrance James, a past student of the Cayon Primary School and now a mentor in the program said may will help the police force build a better relationship with the Cayon community.

“This mentoring program will fall right into the Police Force Strategic Plan. I am the Assistant Commissioner for Police with Responsibility for initiating Community Policing in the various communities and so this was a good way of building a good relationship with the community of Green Valley”, James noted.

Parliamentary Representative for Constituency #8, The Hon. Eugene Hamilton described how the mentorship program can help reduce criminal activity in the community.

“The children in Cayon have gotten themselves into a tangle with the law. Upper Cayon and Lower Cayon crossing each other in such significant tangles where even lives have been lost. If we take the young children now at the ages of five and six and seven and eight and expand this mentoring program, it will redound to a much more peaceful society”, the Minister explained.

The goal of the mentorship program is to have formal weekly interactions between a mentor and mentee that will serve as an opportunity to guide and encourage the young persons.

MAY is designed to provide mentoring for 30 students of the Cayon Primary School who are between the ages of 7 to 11.