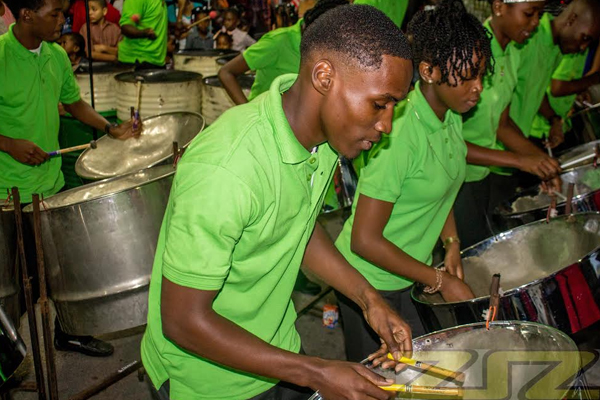 (ZIZ News) — Following a one year sabbatical from the National Carnival line up, the Steel Pan Festival was this year revived with the 16 and 5 a side competition.

On Tuesday evening five steel orchestras from the federation participated in the steel pan festival.

At the end of the night, the Cayon Pantastics retained their title as the steel pan champions.

The event also featured a five a side competition which saw the Coronets emerging as winner.