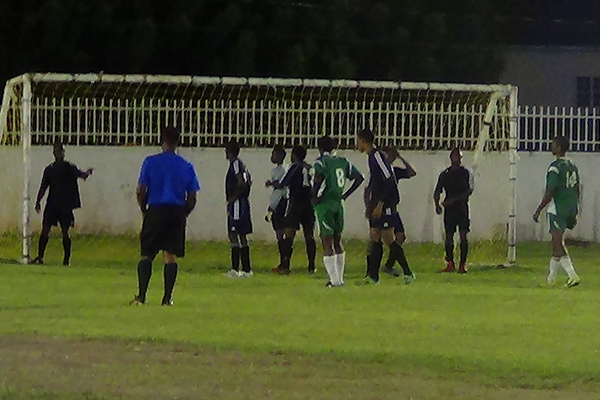 CCC Bath United creates a massacre at the ETW

It was equivalent to the result of someone disturbing an ant nest.  The CCC Bath United team showed up at the ET Willet Park on Tuesday night as if they were mad with the world.  After all, in their last game versus the Highlights team, they had been severely beaten with a score line of 4 goals to 1.

Their opponents on the night, the Villa International team, did not help their cause by showing up with a depleted bench.  At one point, Coach John Guilbert was the sole occupant of the bench.

The CCC Bath United team, obviously stung by their defeat in the last game, started the massacre early.

In the fourth minute of the game, they struck the back of the net and after that, they were unstoppable.

At the final whistle, the final score line was a whopping 14 goals to nil in favour of the Bath men.

Match two, despite the occasional showers saw a more keenly contested fixture as two of the top teams in Highlights Int and SSG Strikers, held each other to a 1-all draw.

Here is a summary of the matches played on Tuesday 10th December: