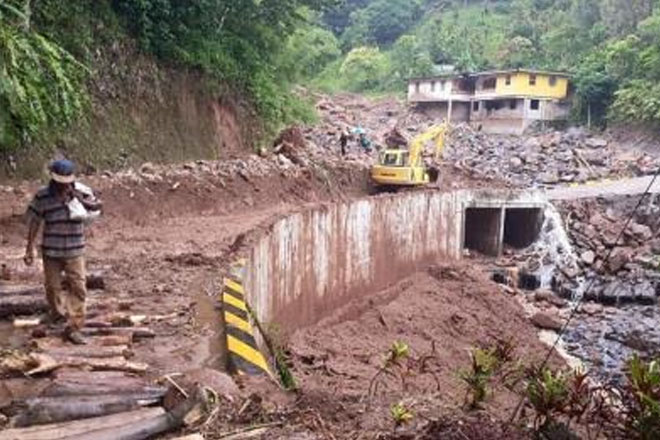 Bridgetown, Barbados (CDEMA) — The Caribbean Disaster Emergency Management Agency (CDEMA) has ramped up the mobilisation of response teams following the declaration of the special disaster areas by the government of Dominica.

As of Monday morning, over 100 members of the CARICOM Operational Support Team (COST), the CARICOM Disaster and Assessment Coordination Team (CDAC) and the Regional Search and Rescue Team were on the ground working closely alongside their counterparts including CDEMA’s emergency operations specialist, Brigadier General Earl Arthurs who is leading the CARICOM teams on the Ground.

Programme manager – response and recovery, Joanne Persad, stated, “Our regional response mechanism was on standby before the storm struck and we were able to have a team on the ground within 24 hours of the impact to offer technical support, guidance and advice to the government of Dominica. With the declaration of the disaster areas and identification of response priorities from Dominica, the CDEMA system immediately moved to deploy critical communications equipment, technical and coordination support through our response teams.”

COST is assisting in providing overall coordination support in the emergency operations centre in Dominica as well as the regional effort. Members of this team at this time are from the CDEMA Coordinating Unit, and National Disaster Offices of Trinidad, Saint Lucia and Montserrat. This team is expected to be further strengthened with personnel from the British Virgin Islands Department of Disaster Management later this week.

CDEMA mobilised a surge for the CARICOM Disaster and Assessment Coordination Team (CDAC) to assist in damage assessment and needs analysis to the communities declared as special disaster areas. They will support local teams in assessing the damage to housing, infrastructure and in quantifying the needs of the affected population in those areas. Members of the team included personnel from Trinidad and Tobago, Montserrat, Antigua and Barbuda and Saint Lucia.

“All of our participating states have come forward in support of our call and we are drawing on the teams we have trained in damage and needs assessment, search and rescue and managing emergency operations,” Persad said.

The government of Saint Lucia deployed a search and rescue team within 36 hours and this team has been strengthened with contingents from Barbados and Antigua and Barbuda to assist with the search for missing persons.

The Regional Security System (RSS) will also be deploying personnel to assist with the operations. Support for relief supplies distribution are also being supported through the deployment of military and police personnel from Saint Lucia and Barbados.

Persad concluded by saying that although logistics has been challenging in some areas, with the support from the governments of Saint Lucia, Trinidad and Tobago and Barbados we have been able to move personnel and equipment to Dominica. This has been facilitated through the services of two helicopters coming Trinidad and Tobago, the Barbados Coast Guard and the Marine Unit of the Royal Saint Lucia Police Force.

CDEMA is the Caribbean Community (CARICOM) agency with responsibility for coordinating disaster response to 18 member countries when a hazard impact overwhelms the national capacity to respond to the disaster. This is facilitated through the regional response mechanism, which consists of the COST, CDAC, RSS, Regional Search and Rescue team and the CARICOM Disaster Relief Unit among other entities.