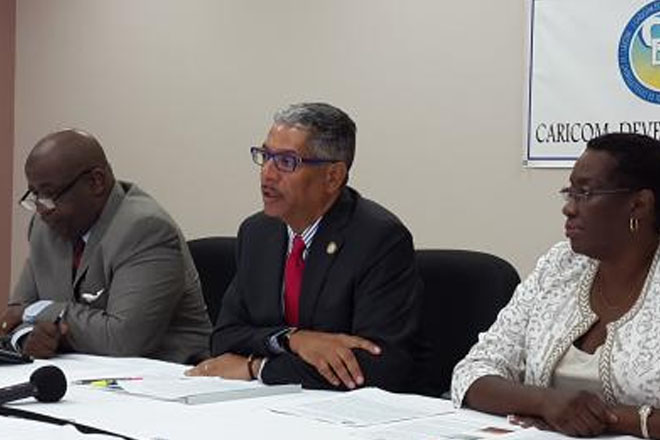 CDF gets thumbs up from independent evaluation

Bridgetown, Barbados — The CARICOM Development Fund (CDF) has received the thumbs up from an independent evaluation.

Lorne McDonnough, CEO of the CDF, revealed this on the eve of demitting office, stating that the results of the evaluation conducted by Maxwell Stamp PLC were extremely positive.

“The organisation is required to have an independent evaluation at the end of each cycle and I am delighted to announce that the CDF was favourably rated on its relevance, efficiency, effectiveness, impact and sustainability. On average, the CDF was found to have provided satisfactory service to its customers – the public and private sectors of CARICOM member states.

“The consultants did note, however, that the small staff exposed the institution to some risk and felt that it could benefit from an internal auditor. On the subject of audit, the CDF also received unqualified audits for every year of its operations,” he explained.

He noted that the positive performance justified the Community’s recent commitment of US$65 million to the CDF for the next five-year contributing cycle, which will be paid within two years.

“We are committed to raising our disbursement rate above the 53 percent of committed funds recorded in this cycle as well as to expanding our reach beyond the eight beneficiary countries in the first cycle to include Barbados, Suriname, Haiti and Montserrat in the second,” McDonnough said.

During 2015-2020 the CDF’s focus will be on assisting beneficiary member states in the areas of energy efficiency, debt service relief, reduction of regional and sectoral disparities, human capacity development, specific infrastructure and low cost financing for small and medium-scale enterprises (SMEs).

McDonnough, who demits office at the end of the month, thanked all member states for their support during the first funding cycle, but particularly the government of Barbados, whose support he said went well beyond its contribution to the capital fund.

“I would like to place on record my gratitude to all who assisted me and my team at the CDF to establish the organisation and maintain an unblemished and satisfactory performance,” he said.