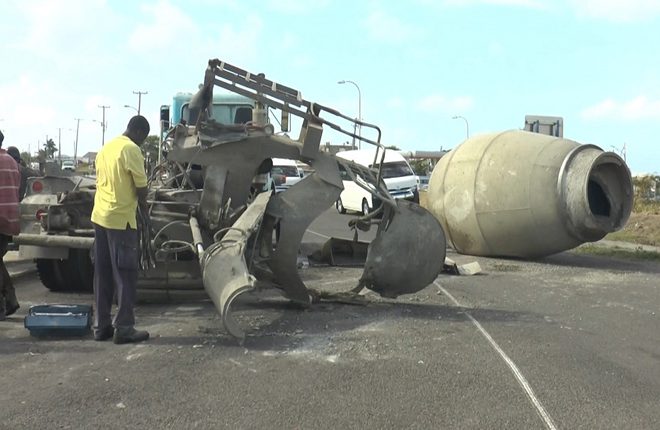 (ZIZ News) — Traffic near of the roundabout of the Eastern Caribbean Central Bank was slowed to a crawl Friday morning after a cement truck lost its barrel in the middle of the road.

The truck owned by Construction Technologies Ltd (CONTEC) parked blocking one lane of the road while the barrel along with its contents lay in the middle of the road obstructing traffic flow, causing vehicles to bump the sidewalk to pass.

The Fire and Rescue Services were seen on site.

It is unclear at this time how the large barrel became dislodged from the truck.

No one was injured.