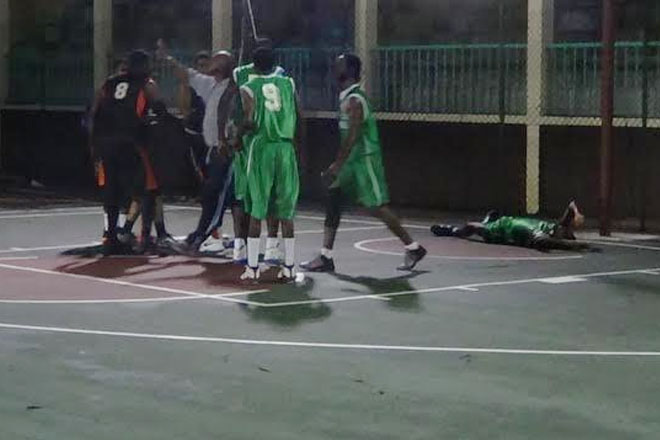 CG Rebels does it again

Sports Page — It was a tense, tough and riveting encounter and certainly one deserving of a grand finals.

A sizeable and vocal crowd was on hand on Tuesday 21st July to witness the final encounter of the 2015 NABA league which was played at the Grell Hull-Stevens Netball Complex.

At the end of the third quarter, the Bronx Crisis team was leading the defending champions by one point. The scoreline then was Bronx Crisis 51 to CG Rebels 50.

With under three minutes remaining in the final quarter, Bronx Crisis was leading by a healthy six points and their bench was humming with anticipation.

With seconds on the clock, Bronx Crisis was leading by two points but Jenerson France sunk a crucial deuce and there was no time left for the Bronx men to respond.

They looked deflated, with the scores tied at the end of regulation time.

In the mandatory overtime, it was the resurgent CG rebels who took control of the game, sinking 10 points to the Bronx men’s 4.

It therefore means that the CG Rebels team has retained its championship trophy for yet another year.

Kudos to the Nevis Amateur Basketball Association and more especially President Wanda Parry and Vice President Veronica Brandy for all of their hard work and tremendous sacrifice.