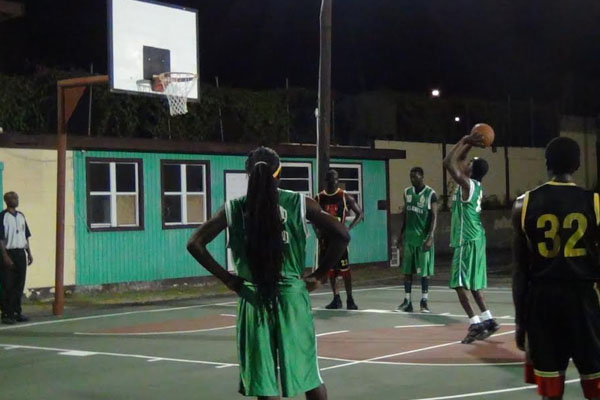 CG Rebels Off and Running

Sports Page — In front of a sizeable partisan crowd on the evening of Saturday 11th October, the CG Rebels team of Nevis defeated the Hitters team out of St.Kitts as both teams locked horns in an intense battle for a final spot in this year’s SKNABA league.

The match was played at the Grell Hull-Stevens Netball complex in Nevis, and President of the Nevis Amateur Basketball Association, Wanda Parry, was obviously pleased with the show of support by the local fans.

The Rebels team started off like men on a definite mission and the Hitters team never seemed to know what hit them, as the home team led in all quarters.

The dreadlocked Everson EV Webbe led all scorers as he thrilled the crowd with his excellent lay ups.

On the other hand, Daryl Lewis for the Hitters was the stand out player, with huge support from Akeem Robinson.

At the end of the evening, the CG Rebels had secured the first game in the best of three series for a final spot with a score line of 90 to 74.

The next game is set to be played in St.Kitts this week.