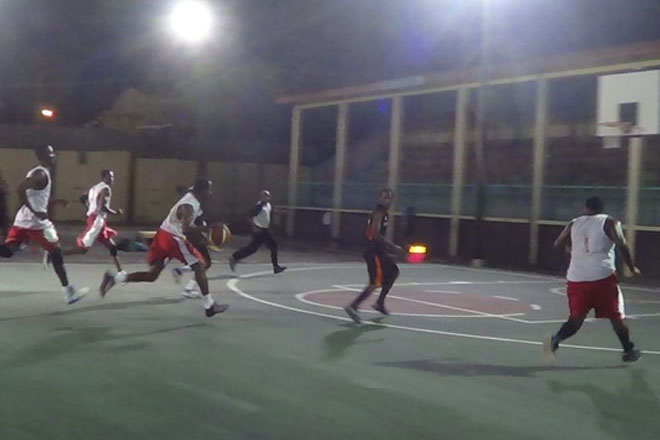 Sports Page — It was always billed as one of the top matches in this year’s Basketball tournament and the players did not disappoint.

Champions CG Rebels and archrivals Bronx Crisis faced off at the Grell Hull –Stevens Netball Complex on Tuesday 5th May in a thrilling encounter.

It started out in disappointing fashion with CG Rebels establishing an early lead in the game.

By the second quarter, the Bronx men had found their footing and played steadily onwards.

However, in the final quarter, their played their best ball for the night and definitely gave the champion team a scare in the final moments of the game.

However, it was a case of ‘too little—too late.’ CG Rebels held on to win by just 6 points.