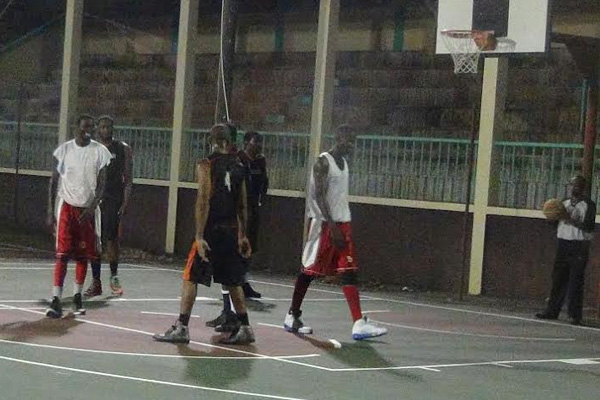 Sports Page — Defending local Basketball champions, CG Rebels have placed one foot squarely in the door towards taking yet another title in terms of their domination of Basketball on Nevis.

The best of three finals for the 2014 edition of the local Basketball league, commenced at the Grell Hull-Stevens Netball complex on the evening of Tuesday 17th June.

The crowd was not huge, by any stretch of the imagination, but the diehard fans present, were treated to a high intensity game.

At the end of the first quarter, it was obvious that the game was going to be competitive with a score line of 13 to 10 in favour of the Rebels. However, Bronx Crisis dropped their guards in the next two quarters and tried to play ‘catch up’ in the final quarter, but it was a case of ‘too little, too late.’

Next game in the Nevis Amateur Basketball League Tuesday 24th June C G Rebels vs. Bronx Crisis. The question is: ‘Will Rebels sweep the Crisis or will Crisis apply pressure on Rebels to tie the series? 1-1?’ The basketball fans are cordially invited out on Tuesday 24th June to witness the game…