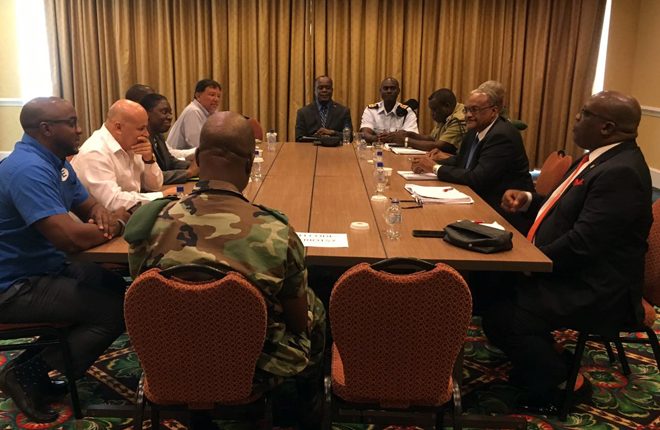 (SKNIS): President of the St. Kitts and Nevis Chamber of Industry and Commerce (CIC) Jose Rosa has hailed the positive relationship between the Government and the private sector, noting that the high level of support and interaction is most welcome.

Forging a strong relationship between the public and private sectors has been a priority for the Government.

The importance of the ongoing relationship was reiterated by Prime Minister and Minister of Finance Dr. the Honourable Timothy Harris during the 2017 Budget Address when he said, “The private sector is the engine of growth of any successful economy.” He added that “a vibrant and innovative private sector is needed to accelerate growth” in the federation and stressed that both parties “would need to tackle together the issues relating to low productivity and a lack of competitiveness in major sectors of the economy.”

During a brief interview on Tuesday, October 31, Mr. Rosa praised the level of accessibility that exists in the interactions between the CIC and senior government officials/policymakers.

“Anytime that we [would] like to have a meeting with Ministers, the Ministries, members of the Cabinet or Parliament, we would be able to set up those meetings. We are willing to work together with the Government … and the communication between the Government and the private sector has always been good,” he stated.

President Rosa added that the conversations between Government and private interests have been candid and fruitful. He cited, for instance, engagements about crime in society, while noting that there has been ongoing and productive dialogue.

The Government’s decision in April 2016 to offer duty-free concessions on all safety and security equipment for households and businesses resulted from discussions between the CIC and the Cabinet, as well as the Royal St. Christopher and Nevis Police Force. A few months later, several CCTV (Closed Circuit Television) experts from the Republic of China (Taiwan) met with officials from the RSCNPF, private sector stakeholders including the CIC and staff of the Information and Communication Technology Centre to ascertain the needs of the federation with respect to CCTV. The findings were submitted to Cabinet.

Prime Minister Harris consistently calls on businesses and households to take advantage of the concessions on safety and security equipment, which run up to the end of December 2017.

Mr. Rosa said that dialogue will continue in order to ensure that the various plans in Government ministries and departments can be aligned, where possible, with the strategic objectives of the corporate community. The annual Discounted VAT Rate Day is one such example. This, he said, is in keeping with the desire of both parties to improve the lives of residents of the twin-island federation.

Regular engagements with a wide range of stakeholders have led to increased support for various Government initiatives. One example saw the recent placement of portable toilets that are used by police officers stationed at roundabouts across St. Kitts and Nevis. Prime Minister Harris said Range Development and construction company Kier Group, the companies that developed and constructed the Park Hyatt at Christophe Harbour, were responsible for the gesture.