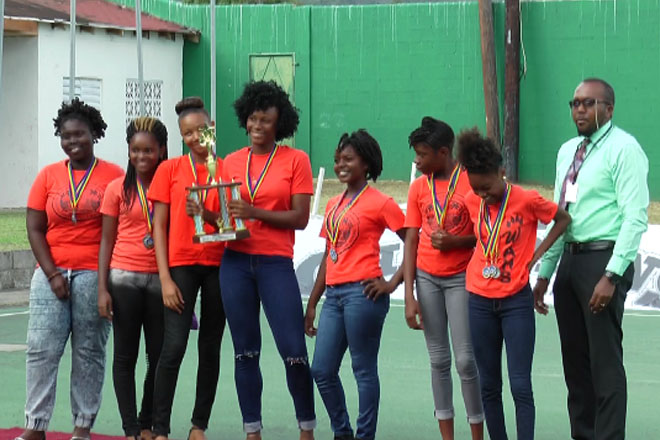 (ZIZ News) – The winning schools and top players who participated in the various school tournaments were, on Wednesday, recognised by the Ministry of Sports.

This was done through the 2015 Department of Sports Prize Giving and Closing Ceremony, held at the Pam Tyson Netball Complex.

Minister of Sports, the Hon. Shawn Richards used the occasion to commend the students on their commitment to both academic and athletic excellence.

“My congratulations are extended to all award winners in this year’s sports awards ceremony. It is very apparent from a review of performances during the first term that our Federation’s primary and secondary athletes are performing well beyond perceived limits of age and size,” Minister Richards said.