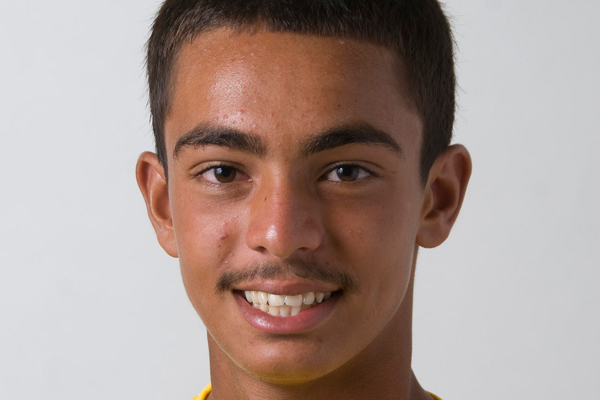 ABU DHABI, United Arab Emirates(CMC) – Tagenarine Chanderpaul missed his century by seven runs in another thrilling batting display, as West Indies romped to a comfortable 63-run win over Canada in their group c match of the ICC Under 19 World Cup here at the Sheikh Zayed Stadium in Abu Dhabi on Tuesday.

Chanderpaul scored 93, his second consecutive Player-of-the-Match winning performance, to lead West Indies into the knock-out stage of the competition after his unbeaten 84 on Sunday to steer his team to a crushing 167 run win over Zimbabwe.

The young Guyanese batsman struck five fours and a single six and shared in three half century partnerships that powered the Caribbean side to 289 for four before bowling out the Canadians for 226.

Chanderpaul added 62 for the first wicket with Shimron Hetmyer who was run out for 39 after hitting four fours and a six.

He further strengthened his team’s position with a 95-run stand for the second wicket with Jeremy Solozano who smashed three fours in an even 50 before he was trapped lbw.

The West Indies run rate slowed after the loss of Solozano and Jonathan Drakes in quick succession .

Pooran added 77 for the fourth wicket with Chanderpaul in 10.1 overs, before unleashing the big shots including three fours and four sixes and pushing West Indies’ total up by 31 in the last 10 balls.

Canada, who lost the toss and were asked to field, was off to an encouraging start losing just two wickets before crossing the 100-mark.

The Canadians scored slowly with Nikhil Dutta (62) and Tahla Shaikh (45) putting on 88 for the fourth wicket, but once Shaikh was run out, the next six wickets tumbled for only 29 runs.

Captain Ramaal Lewis, Ray Jordan and Jerome Jones picked up two wickets each while Gudakesh-Moti-kanhai picked up one.

England and Sri Lanka also qualified for the quarter finals of the ICC Under 19 World Cup .